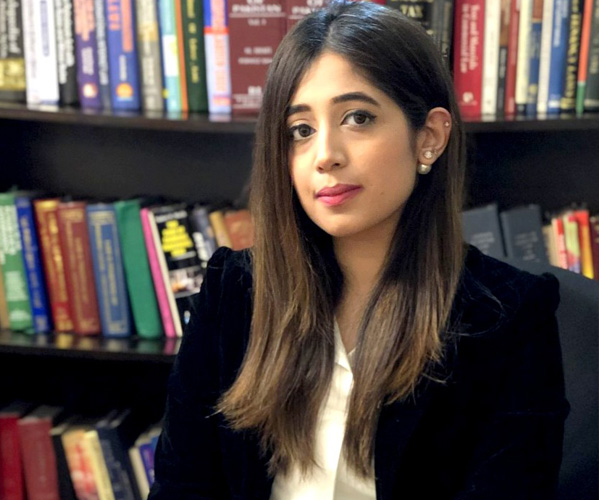 Aqsa Khaliq Puri has graduated from the University of London and is licensed to practice as an Advocate of District Courts since 2018 and is a member of Punjab Bar Council and as well as Lahore Bar Association.

Since joining the legal field, Ms. Puri has earned the relevant experience in litigation during which time she routinely appeared and argued before the district and multitude courts across the country. She has also appeared before special courts and various tribunals and regulatory bodies, including Cooperative Housing Society Courts, Labour Courts, Intellectual Property Tribunal and Environmental Tribunal. She has the expertise of drafting and assisting in complex research matters. Aqsa has previously also served as a Local Commission at the District Courts of Lahore.

Aqsa is part of transactional teams at the firm and has contributed so far in drafting  and reviewing legal documentation including contracts and agreements, legal opinions, legal notices and audits.